The opioid epidemic is one of our generation’s most pressing health issues & I knew that we needed to take preventative measures to decrease deaths, increase access to help, and destigmatize drug addiction.

Two years ago my Private Member’s bill, The Good Samaritan Drug Overdose Act (Bill C-224), came into law – the law provides limited immunity from drug possession charges to to bystanders and participants who call 9-1-1 to save someone who is experiencing a drug overdose. 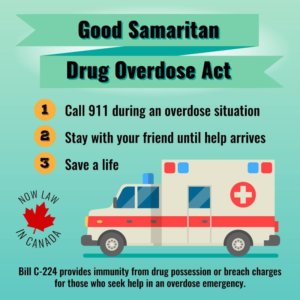 Just last month, I met with a woman in my office who told me that the Good Samaritan Drug Overdose Act saved her son’s life.

The Good Samaritan Drug Overdose Act garnered huge support from government officials and community organizations alike, it received unanimous support across party lines in the House of Commons, and was seconded by NDP MP Jenny Kwan.  In the community the bill was endorsed by the Hon. Mike Farnworth, the Hon. Selina Robinson and past Mayor Greg Moore, and local leaders, such as Dr. Barry Buzza, Pastor of Northside Foursquare Church, and Jeff Thompson, Pastor of New Hope Church.

The Good Samaritan Drug Overdose Act is just one of many initiatives that our government implemented to create a comprehensive, collaborative, compassionate, and evidence-based response to Canada’s opioid crisis.

We’ve invested over $350-million to fight the epidemic and help the people who need it, including approving almost 40 supervised consumption sites and removing barriers to opioid and addiction treatment.